OR63 Online: Creating a better future

Connecting OR ECR professionals from across the world to share, discuss and network

Making impact with your research: What to know before starting an impact case study

The next Early Career Researchers (ECR) Network will focus on how you as an ECR can make substantive impact with your research. A panel of experienced OR academics will be on hand to answer your questions on making impact and developing impact case studies.

The event will also provide an exciting opportunity for ECRs to network with their peers and make connections within the network. This event will be on the eve of The OR Societies annual conference, OR63.

The Early Careers Network Event has a short but full schedule, designed to make the most of your valuable time. 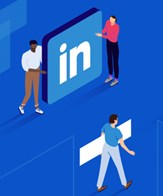 Follow us on social media to keep up to date with training events, workshops and conferences aimed at ECRs.

Robert Fildes is Distinguished Professor of Management Science in the Management School, Lancaster University, Director of the Lancaster Centre for Marketing Analytics and Forecasting and recipient of the Beale Medal, the UK Operational Research Society’s highest accolade.

Professor Sally Brailsford is a Professor of Management Science within Southampton Business School at the University of Southampton.

Sally obtained a BSc in Mathematics from Kings College London, and then worked for several years as a nurse in the NHS before obtaining an MSc and then a PhD in Operational Research from Southampton. Her research is in the area of healthcare simulation modelling: to evaluate treatments and screening programmes, or to redesign and improve service delivery. Sally has worked for over 30 years in many different disease fields including diabetes, cancer, mental health and HIV/AIDS, in addition to emergency care and end-of-life care.

From 2012-15 she was Vice-President 1 of EURO, the Association of European OR Societies. From 2010-19 she was Coordinator of the EURO Working Group on OR Applied to Health Services (ORAHS) and was a founding Editor-in-Chief of the UK OR Society’s journal Health Systems.

Born in Macclesfield, Julian followed a BA in Maths from New College Oxford with a PhD under the supervision of Roger Fletcher in Dundee. He has been employed by the University of Edinburgh in the School of Mathematics since 1990, and has been central to the development and running of the School’s MSc in Operational Research.

Julian’s research has been focused on developing high performance computational techniques for solving large scale linear programming problems using the simplex algorithm, resulting in four journal “best paper” prizes. His consultancy work in this area has grown steadily over the past 25 years. Notably, his contributions to food formulation software led to an impact case study in REF 2021. With PhD students and a subcontractor, he is currently developing HiGHS, a high performance open source software package for solving linear, mixed-integer and quadratic programming problems.

Funded largely by consultancy income, this is already being used industrially and academically, as well as being adopted by the leading Python and Julia optimization libraries. It is expected to become the world’s leading open source linear optimization software and yield a strong Impact case study in the next REF.

Dr. Daniel Gartner is a Senior Lecturer of Operational Research at Cardiff University, School of Mathematics. As a “researcher in residence”, he is embedded two days a week in the National Health Service (NHS) Wales’ Mathematical Modelling Unit. His research in the School of Mathematics and projects with the NHS examine mathematical programming and machine learning techniques applied in health care operations and information systems management. He earned his doctoral degree in Healthcare Analytics and Operational Research at the TUM School of Management, Technische Universität München (TUM), Germany. Prior to joining Cardiff University and the Aneurin Bevan University Health Board, he worked as a research associate at Carnegie Mellon University, USA in the H. John Heinz III College.

Daniel is an EPSRC Peer Review College member and achieved a ranking in the top 6% of College members for participating in peer review activities during the academic year 2019/20. He is the recipient of Cardiff University’s Celebrating Excellence 2019 Rising Star Award. 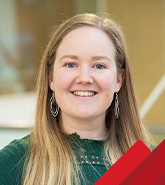 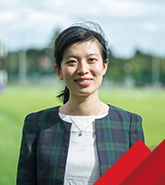 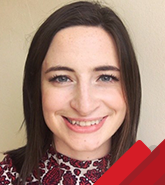 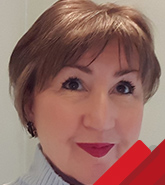 Carol McLaughlin,
The OR Society

Ensure your place at the OR63 Early Career Researchers Event and register today.

Add to calendar (If using an iPhone please switch to Safari)