Tutorial on agent-based modelling and simulation

This note is a shortened and simplified version of an article in the Journal of Simulation (2010) 4, 151–162, written by C M Macal and M J North. For full details, including contact details and references, please see the full article.

Agent-based modelling and simulation (ABMS) is a relatively new approach to modelling systems composed of autonomous, interacting agents. Agent-based modelling is a way to model the dynamics of complex systems and complex adaptive systems. Such systems often self-organize themselves and create emergent order. Agent-based models also include models of behaviour (human or otherwise) and are used to observe the collective effects of agent behaviours and interactions. The development of agent modelling tools, the availability of micro-data, and advances in computation have made possible a growing number of agent-based applications across a variety of domains and disciplines. This article provides a brief introduction to ABMS, illustrates the main concepts and foundations, discusses some recent applications across a variety of disciplines, and identifies methods and toolkits for developing agent models.

Agent-based modelling and simulation (ABMS) is a relatively new approach to modelling complex systems composed of interacting, autonomous ‘agents’. Agents have behaviours, often described by simple rules, and interactions with other agents, which in turn influence their behaviours. By modelling agents individually, the full effects of the diversity that exists among agents in their attributes and behaviours can be observed as it gives rise to the behaviour of the system as a whole. By modelling systems from the ‘ground up’—agent-by-agent and interaction-by-interaction—self-organization can often be observed in such models. Patterns, structures, and behaviours emerge that were not explicitly programmed into the models, but arise through the agent interactions. The emphasis on modelling the heterogeneity of agents across a population and the emergence of self-organization are two of the distinguishing features of agent-based simulation as compared to other simulation techniques such as discrete-event simulation and system dynamics. Agent-based modelling offers a way to model social systems that are composed of agents who interact with and influence each other, learn from their experiences, and adapt their behaviours so they are better suited to their environment.

ABMS can be traced to investigations into complex systems, complex adaptive systems and artificial life. Complex systems consist of interacting, autonomous components; complex adaptive systems have the additional capability for agents to adapt at the individual or population levels. These collective investigations into complex systems sought to identify universal principles of such systems, such as the basis for self-organization, emergent phenomenon, and the origins of adaptation in nature. ABMS began largely as the set of ideas, techniques, and tools for implementing computational models of complex adaptive systems. Initially, agent behaviours were modelled using exceedingly simple rules that still led to exceedingly complex emergent behaviours. In the past 10 years or so, available agent-based modelling software tools and development environments have expanded considerably in both numbers and capabilities.

2.2. Structure of an agent-based model

A model developer must identify, model, and program these elements to create an agent-based model. A computational engine for simulating agent behaviours and agent interactions is then needed to make the model run. An agent-based modelling toolkit, programming language or other implementation provides this capability. To run an agent-based model is to have agents repeatedly execute their behaviours and interactions. This process often does, but is not necessarily modelled to, operate over a timeline, as in time-stepped, activity-based, or discrete-event simulation structures.

The single most important defining characteristic of an agent is its capability to act autonomously, that is, to act on its own without external direction in response to situations it encounters. Agents are endowed with behaviours that allow them to make independent decisions. Typically, agents are active, initiating their actions to achieve their internal goals, rather than merely passive, reactively responding to other agents and the environment.

From a practical modelling standpoint, based on how and why agent-models are actually built and described in applications, we consider agents to have certain essential characteristics:

Agents may also have other useful characteristics:

A theory of agent behaviour for the situations or contexts the agent encounters in the model is needed to model agent behaviour. One may begin with a normative model in which agents attempt to optimize profits, utility, etc, as a starting point for developing a simpler, more descriptive, but realistic, heuristic model of behaviour. One may also begin with a behavioural model if there is available behavioural theory and empirical data to support the application. For example, numerous theories and empirically based heuristics exist for modelling consumer shopping behaviour. These could be implemented and compared in an agent-based model. Cognitive science and related disciplines focus on agents and their social behaviours. Behavioural modelling frameworks such as BDI (Belief-Desire-Intent) combine modal and temporal logics as the basis for reactive planning and agent action selection. In agent-based modelling applications in which learning is important, theories of learning by individual agents or collectives of agents become important. The field of machine learning is another source of learning algorithms for recognizing patterns in data (such as data mining) through techniques such as supervised learning, unsupervised learning, and reinforcement learning.

One of the tenets of complex systems and agent-based modelling is that only local information is available to an agent. Agent-based systems are decentralized systems. There is no central authority that either pushes out globally available information to all agents or controls their behaviour in an effort to optimize system performance. Agents interact with other agents, but not all agents interact directly with all the other agents all the time, just as in real-world systems. Agents typically interact with a subset of other agents, termed the agent's neighbours. Local information is obtained from interactions with an agent's neighbours (not any agent or all agents) and from its localized environment (not from any part of the entire environment). Generally, an agent's set of neighbours changes rapidly as a simulation proceeds and agents move through space.

How agents are connected to each other is generally termed an agent-based model's topology or connectedness. Typical topologies include a spatial grid or network of nodes (agents) and links (relationships). A topology describes who transfers information to whom. In some applications, agents interact according to multiple topologies. For example, a recent agent-based pandemic model has agents interacting over a spatial grid to model physical contact as agents go through daily activities and possibly pass on infections. Agents also are members of social networks that model the likelihood of contact with relatives and friends.

Agents interact with their environment and with other agents. The environment may simply be used to provide information on the spatial location of an agent relative to other agents or it may provide a rich set of geographic information, as in a GIS. An agent's location, included as a dynamic attribute, is sometimes needed to track agents as they move across a landscape, contend for space, acquire resources, and encounter other situations. Complex environmental models can be used to model the agents’ environment. For example, hydrology or atmospheric dispersion models can provide point location-specific data on groundwater levels or atmospheric pollutants, respectively, which are accessible by agents. The environment may thus constrain agent actions. For example, the environment in an agent-based transportation model would include the infrastructure and capacities of the nodes and links of the road network. These capacities would create congestion effects (reduced travel speeds) and limit the number of agents moving through the transportation network at any given time.

3.1. The nature of agent-based model applications

Agent-based model structure spans a continuum, from elegant, minimalist academic models to large-scale decision support systems. Minimalist models are based on a set of idealized assumptions, designed to capture only the most salient features of a system. Decision support models tend to serve large-scale applications, are designed to answer real-world policy questions, include real data, and have passed appropriate validation tests to establish credibility.

When developing an agent-based model, it is useful to ask a series of questions, the answers to which will lead to an initial model design:

Answering these questions is an essential part of the agent-based model design process. There are a variety of approaches to designing and implementing agent-based models. Overall, bottom-up, highly iterative design methodologies seem to be the most effective for practical model development. Modern software (and model) development practices dictate that model design be independent of model implementation. That is, a good software (model) design should be able to be implemented in whatever computer language or coding scheme is selected.

Agent-based modelling can be done using general, all-purpose software or programming languages, or it can be done using specially designed software and toolkits that address the special requirements of agent modelling. Agent modelling can be done in the small, on the desktop, or in the large, using large-scale computing cluster, or it can be done at any scale in-between these extremes. Projects often begin small, using one of the desktop ABMS tools, and then grow in stages into the larger-scale ABMS toolkits. Often one begins developing their first agent model using the approach that one is most familiar with, or the approach that one finds easiest to learn given their background and experience.

We can distinguish implementation alternatives to building agent-based models on the basis of the software used. Spreadsheets, such as Microsoft Excel, in many ways offer the simplest approach to modelling. It is easier to develop models with spreadsheets than with many of the other tools, but the resulting models generally allow limited agent diversity, restrict agent behaviours, and have poor scalability compared to the other approaches. Some macro-level programming is also needed using the VBA language.

General computational mathematics systems such as MATLAB and Mathematica, which many people may be already familiar with, can also be used quite successfully; however, these systems provide no specific capabilities for modelling agents. General programming languages such as Python, Java, and C++, and C also can be used, but development from scratch can be prohibitively expensive given that this would require the development of many of the available services already provided by specialized agent modelling tools. Most large-scale agent-based models use specialized tools, toolkits, or development environments based on reasons having to do with usability, ease of learning, cross-platform compatibility, and the need for sophisticated capabilities to connect to databases, graphical user interfaces and GIS.

ABMS is a new approach to modelling systems comprised of autonomous, interacting agents. There are a growing number of agent-based applications in a variety of fields and disciplines. ABMS is particularly applicable when agent adaptation and emergence are important considerations. Many agent-based software and toolkits have been developed and are widely used. A combination of several synergistic factors is moving ABMS forward rapidly. These factors include the continuing development of specialized agent-based modelling methods and toolkits, the widespread application of agent-based modelling, the mounting collective experience of the agent-based modelling community, the recognition that behaviour is an important missing element in existing models, the increasing availability of micro-data to support agent-based models, and advances in computer performance. Taken together, these factors suggest that ABMS promises to have far-reaching effects into the future on how businesses use computers to support decision-making, government uses models to make and support policy, and researchers use electronic laboratories to further their research.

New research suggests that artificial intelligence (AI) may help predict 'flashovers’, a nightmare scenario for firefighters in which all combustible material in a room suddenly ignites, due to extremely high local temperatures. 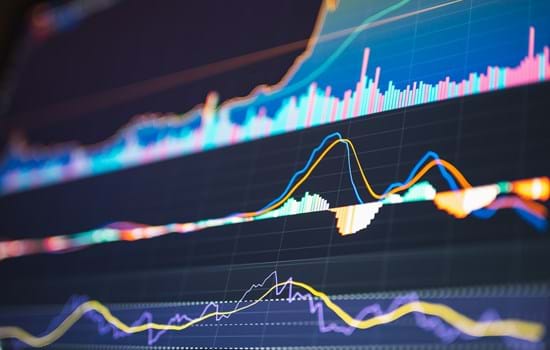 Update on creation of a National Academy for the Mathematical Sciences