The Companionship of Operational Research is awarded for sustained support and encouragement for the development of operational research or for those in influential positions who are in broad sympathy with the subject area. Such contributions might be through public or private activities.

Citation for Companion of OR 2021

Professor Christina Pagel, through her work during the Covid-19 pandemic, has achieved a public profile and influence that is quite remarkable. Her appearances on various news outlets (e.g., C4 News, Sky) have put the words ‘ operational research’ before millions of pairs of eyes. More substantively, her membership of Independent SAGE is highly significant to public discourse, with her media contributions being in the best tradition of OR, based in evidence, clearly rationalised and plainly expressed, all in order to improve the quality of the public debate.

Christina Pagel’s public profile is a reflection of her distinguished career in OR research in a healthcare setting. Her career had begun with a role as a physicist working in the USA, following completion of her PhD in space physics. But in 2005 Christina left physics to take up a position with the UCL Clinical Operational Research Unit applying mathematics to problems in health care.

In 2016 Christina Pagel was awarded a Harkness Fellowship in Health Care Policy and Practice by the Commonwealth Fund, through which she spent a year in the USA researching healthcare policy issues.

Christina Pagel was instrumental in developing a statistical model to take into account the complexity of individual children with congenital heart disease when considering a hospital's survival rate. This led to the Partial Risk Adjustment in Surgery (PRAiS) model, which has been used by the National Congenital Heart Disease Audit since 2013 to publish hospital survival rates. The associated software, developed by Christina Pagel, has been purchased by all UK hospitals performing children's heart surgery. She then led a multidisciplinary project, working with the Children's Heart Federation, to build a website on survival after children's heart surgery.

In 2019 Christina Pagel was awarded the Lyn Thomas Impact Medal from The Operational Research Society, along with her colleagues Sonya Crowe and Martin Utley. The award was made for their work related to congenital heart disease. It was shortly after this that she began her role in the public eye and with Independent Sage.

Professor Pagel has made it very clear that (whatever the reason she was appointed) she worked out rapidly, on joining, that there was no point in Independent SAGE mimicking the epidemiological modelling; and that the gap in the scientific approach was in transparency, communication and OR modelling. She therefore took on the role of translating and communicating the research and modelling findings, using her OR experience. This involved recognising which were the weak points from SAGE, which were the systems of importance to which no visible attention is being paid, and where could she personally intervene given the levers at her disposal. The weak points that were identified included communication of the data and modelling, and being transparent about any other work that has been going on around the systems of importance. This approach exposed, in particular, social systems such as the way care homes are staffed and the support systems for low-paid workers as critical areas requiring further attention.

In conclusion, the impactful and high public profile that Christina Pagel has achieved at a time of crisis, both for herself and OR, make her an extremely worthy Companion of OR. 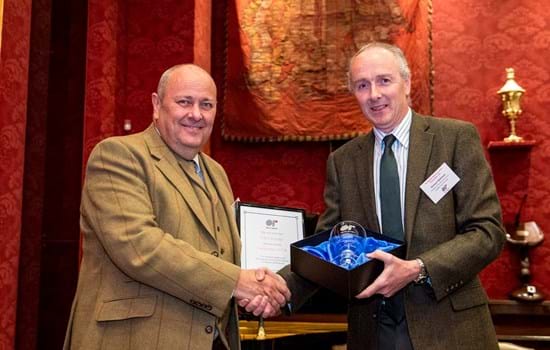