This month, Sayara Beg looks at the call for women in STEM to #beboldforchange; Matthew Robinson highlights the benefits of joining Toastmasters for operational researchers; and Graham Rand finds OR on display at the Science Museum, London.

The year 2016 saw many famous stars and celebrities pass away. For many, as for me, it was a heart-breaking end of an era. However, whilst not as famous as some celebrities, one blog in an online magazine titled ‘Scientific American’ written by Maia Weinstock, also brought into perspective other losses in 2016, by outlining notable women in STEM careers who had passed away during 2016 and highlighting their achievements, having successfully published a similar blog of notable STEM career women passing away in 2015. When I read the two articles, I was stunned to read about so many amazing women and their achievements, but what surprised me was the fact that I felt so stunned in the first place. I hadn’t appreciated how many women out there had achieved so much; having assumed that there were not that many.

As a full time working mother raising two teenage daughters, I know how hard it is to inspire and motivate young girls today into considering a STEM career. It often feels like there are so few high achieving women to showcase; to mention in passing, to motivate and inspire young girls with. As the Diversity Champion for the OR Society, I am equally on the lookout to draw attention to high achieving women in STEM careers to showcase for the OR Society conferences, events and our own newsletter articles. But Maia Wienstock’s online blog in the Scientific American, demonstrates that there are high achieving STEM women who have made it big and there are many of them. So I should not be so stunned after all, because there are probably
many high achieving STEM women all around us and we all just need to look harder.

As Mahatma Ghandi said “We need not wait to see what others do” (a quote that is often paraphrased as “Be the change”) so I want to remind you all that we, as individuals and as collective communities, do not need to let others make the changes we want to see around us; we can try to make those changes ourselves, each one of us in our own individual way and each collective community in their own unique way. This is also the theme of the International Womens Day for 2017 which they brilliantly express using the twitter hashtag, #BeBoldForChange along with the excellent strapline “call on the masses or call on yourself to help forge a better working world – a more gender inclusive world”.

So who were these high achieving STEM women, you ask? What did they achieve? How did they contribute to a more gender inclusive world? Well, here is the list; why not pick one or two, be curious and dive a little deeper in to their achievements.

This year, on the 8 March 2017, on International Women’s Day, why not #BeBoldForChange in your own small way and inspire a friend or colleague about one or more of the above notable STEM career women; discussing their high achievements and how you think they helped forge a more gender inclusive world. 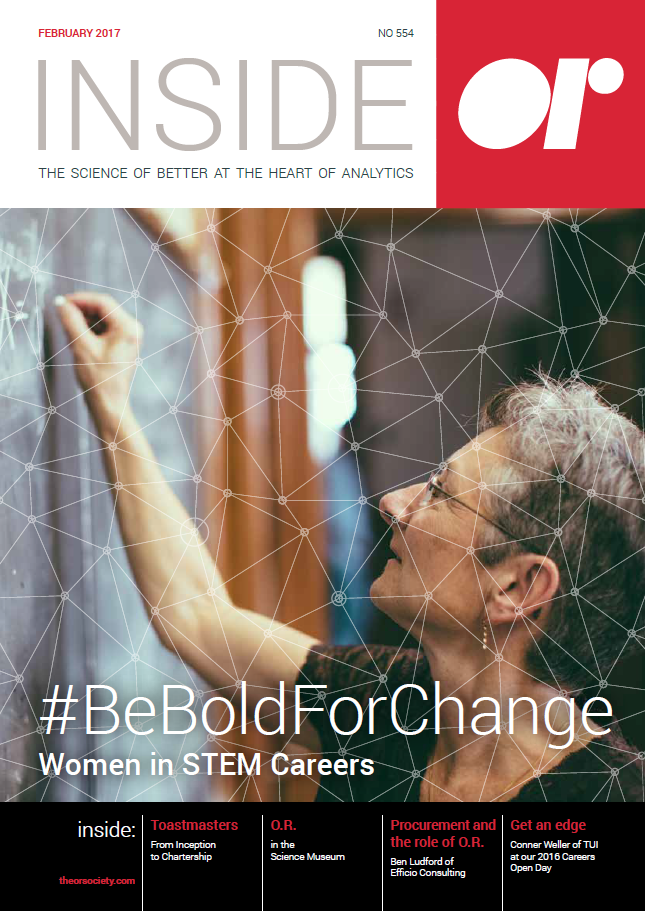 #BeBoldForChange; Toastmasters; OR in the Science Museum; Procurement and the role of OR; Get an edge.