This month, we take a closer look at social media and the recent enforcement of GDPR regulation in Europe; we examine how EY developed a tool to efficiently manage cash flow; and we gain an insight into OR and aid distribution in Jordan.

JOHN HOPES, PRESIDENT OF THE OR SOCIETY

Another month brings another major report with potentially big implications for operational research (OR). Following hot on the heels of the Computational Modelling: Blackett Review, which was covered in last month’s Inside OR, comes The Era of Mathematics – An Independent Review of Knowledge Exchange in the Mathematical Sciences. This report details the findings of an independent review led by Professor Philip Bond which was facilitated by EPSRC and the Knowledge Transfer Network. The review drew on input from many sources including The OR Society. In addition, Professors Paul Harper and Joerg Fliege represented OR in the expert review committee that was assembled to support Professor Bond.

The report’s primary focus is on improving knowledge exchange in the mathematical sciences (MS), but it also covers related policy issues such as funding, skills capacity, infrastructure and governance in relation to MS. In this context, knowledge exchange relates to academic research. It covers exchange with other academic disciplines as well as engagement with users of research in industry or government, plus commercialisation.

The report explicitly includes OR within the scope of MS and indeed uses some OR examples in demonstrating the value of MS in practice. It provides a strong endorsement for the importance of MS across a wide range of disciplines, technologies and industries, as illustrated in this quote from Lord Stern in his preface to the report: ‘We live in the era of mathematics. Its influence permeates economic and social activity and its influence and impact are profound. Yet its role is not well understood, we are not using it as well as we could and should, and we are investing too little. It is a discipline in which the UK can shine and lead. Now is the time to invest in its future in the UK.’

The report makes an explicit link between MS and the government’s industrial strategy, highlighting the need for innovation to drive the required productivity gains, and the role of MS in underpinning that innovation, both in its own right and through its contribution to other disciplines.

The report contains 26 recommendations grouped under the headings of governance, skills, national resources and infrastructure, regional support and government. It will take The OR Society a while to consider fully the implications of all these for OR. We are also meeting with the Council for Mathematical Sciences (CMS), which brings together the various MS learned societies, to develop a collective response to the report.

The report recognises the need to develop a sustainable people pipeline of top-level MS talent within academia, with a recommendation for at least 100 additional PhDs per year. It also argues strongly that MS research is underfunded but delivers a greater return on investment than research in other disciplines, recommending a tripling of funds available to MS through the various research councils including EPSRC and Innovate UK. These are recommendations that seem positive for OR. Some of the specific recommendations on knowledge exchange need to be understood a bit better, though, before we can identify what they mean for OR. These include: setting up a national centre in impactful mathematics to work with industry and government to drive mathematical research through to commercialisation; having another national centre to enable mathematicians focused on fundamental research to engage directly with government and/or industry; and funding regional knowledge exchange centres or thematic networks.

The principal governance recommendation is the establishment of an academy for the mathematical sciences to facilitate links between academia, government and industry. Reassuringly it is not proposed to do away with The OR Society or the other MS learned societies. It is, indeed, intended that the Academy should draw on their deep expertise. There are, however, many as yet unanswered questions about the potential impact of such an academy on the learned societies. Also, OR has some particular characteristics that need to be considered, including its very large non-academic community and the fact that OR overlaps with mathematics rather than sitting neatly within it. The key government-related recommendation is that the Government Chief Scientific Advisor should, in collaboration with the Government Chief Statistician, review the access to, use of, and impact achieved by MS within government. If this is actioned it would be of particular relevance to the many OR people working in government.

Apart from these key recommendations, a couple of more minor ones caught my eye from an OR perspective. One was the proposal that all mathematics students should receive training in problem framing and solving. This would, of course, be taken for granted among OR students; and extending it in this way can only be a good thing.

Another one that is slipped in, but could be quite important, is the recommendation that government should use MS to improve productivity across the economy. Given that the report also highlights the importance of OR in driving productivity in numerous industries this could help embed OR more fully in the industrial strategy.

What this report emphasises, in common with other recent reports and press articles, is the growing importance to the UK economy of MS itself together with fields such as analytics, data science, modelling and AI, all of which are themselves underpinned by MS. And OR is at the heart of this multi-disciplinary boom, whether in innovation through research or in the application of innovation in government or industry. It is important for us is to continue to be at the forefront of this innovation, particularly in those areas that are most associated with OR such as optimisation and simulation. If we can do that as well as raising the profile of OR we should be able to ensure that OR is receiving a fair share of the support that could be coming as a result of initiatives such as the Bond review. 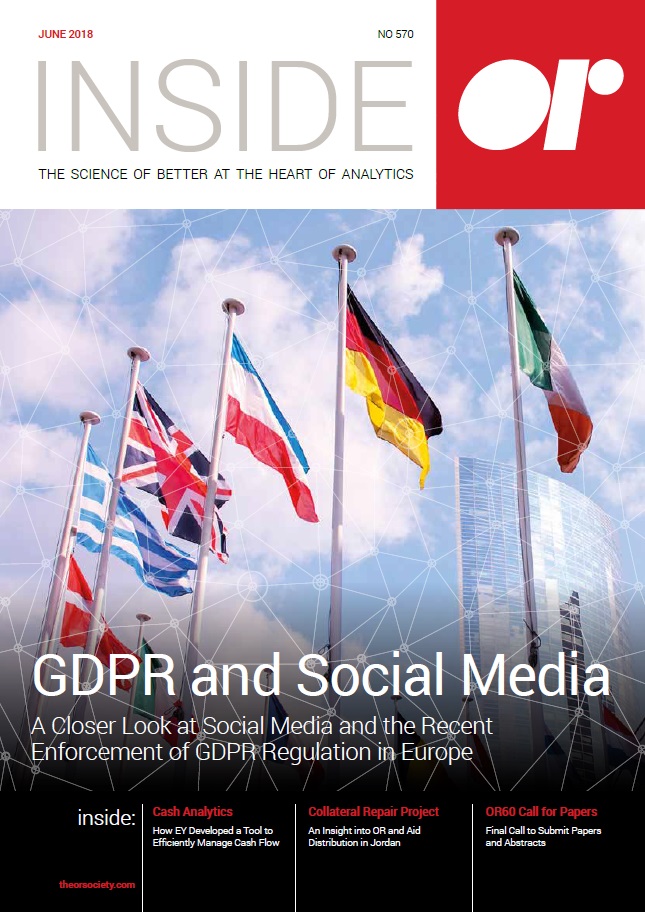